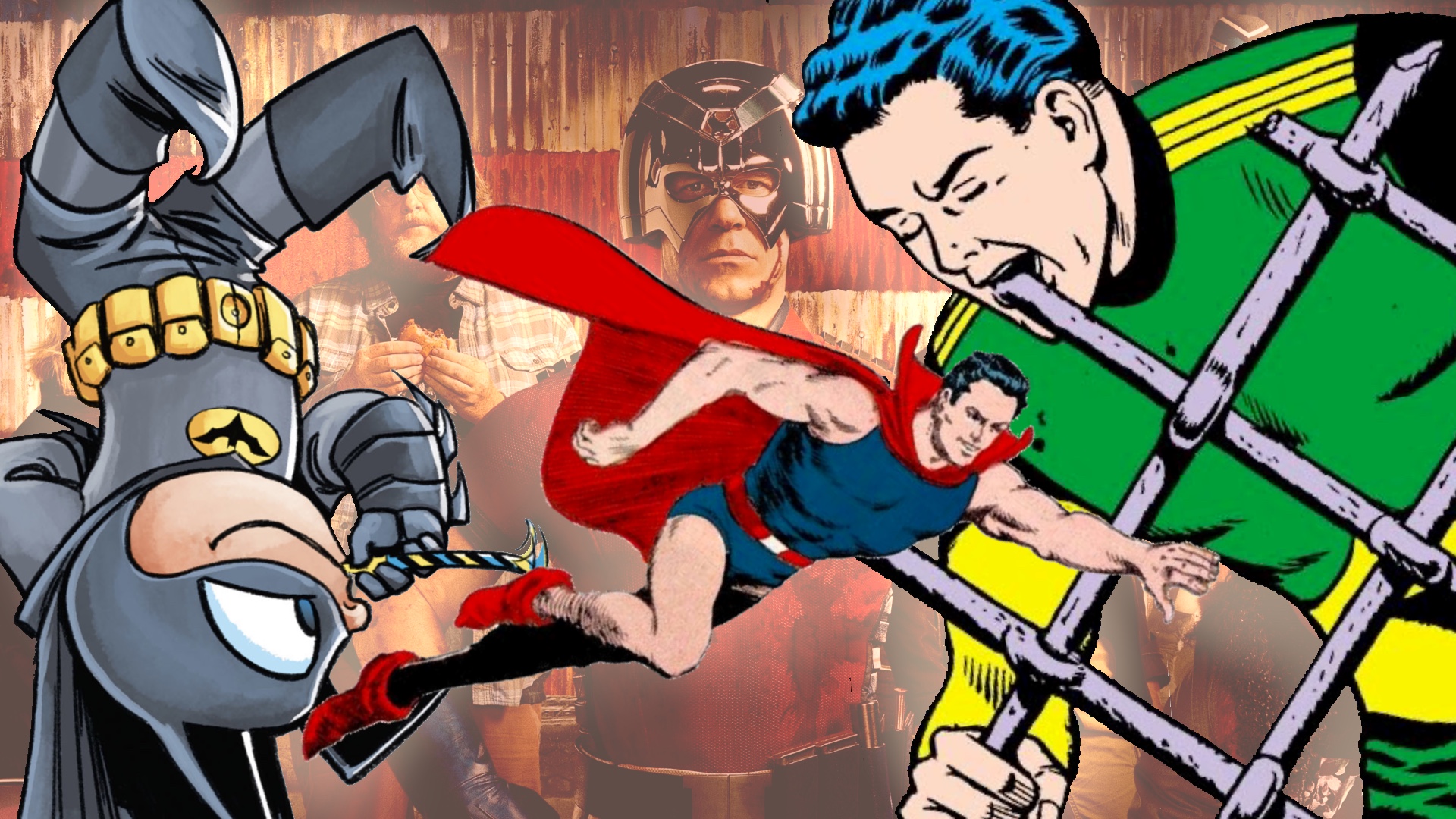 The reality is that a miniscule amount of superheroes have ever made it to the mainstream. Sure, we all know Superman, Batman, Wolverine and Ironman, but what about those that don’t make it big? There is a virtually endless catalogue of forgotten wannabe superheroes, many of which are outright ridiculous. Some are so ridiculous as to almost be beyond belief.

Yes, some of those we’re going to mention are supposed to be silly. Others are just the attempts of a character designer completely missing the mark. Either way, all the superheroes on this list do actually exist.

While Superman and Ironman have clear, useful abilities, Matter-Eater Lad is on the other end of the spectrum. Created in 1962, Matter-Eater Lad has the ability to eat anything. It probably seemed like a cool power when he was created, but it quickly became clear that there was virtually nothing for him to do when it came to actually serving a purpose. Matter-Eater Lad, sadly, was retired to acting as a political figure on his home world of Bismoll.

What is most fascinating about Hellcow is that the character originally seemed to be dead serious. The story goes that Dracula was on the verge of starvation, only to come upon a cow named Bessie. He bit Bessie, left her for dead, and went on his way. But no, Bessie was not dead, existing now as a vampire cow.

Most astonishing of all is that Hellcow is an official Marvel character, no matter how brief her time was on the pages. Did we say brief? Actually, after being invented in 1975 Hellcow gradually became a joke character, eventually teaming up with Deadpool as recently as 2011. Even still, the character is ridiculous and you’re better off enjoying online Blackjack real money action instead of wasting your time on such nonsense.

Dog Welder is meant to be ridiculous, and he is. His power involves catching stray dogs and welding the animals to the faces of his enemies. Not much more need to be said, other than that comic writers somewhere are probably laughing that the character ever made it to print.

Now getting to the very bottom of the barrel, we have Arm-Fall-Off-Boy. In all fairness, the character is meant to represent outsiders in the world of superheroes. Floyd Belkin strives to be taken seriously, but his power is just completely useless. Stories in which he appears revolve around him attempting to join superhero teams, only to be rejected again and again. It’s an interesting idea, though the character ironically never managed to go mainstream.

Cypher is a bit of a sad character, given that he was another genuine attempt by writers to create something interesting. His power involves being able to instantly learn any language, computer information, or details about humans. Not a bad idea, only none of the above made him useful in a fight. He was eventually killed off after artists got tired of drawing him hiding during fights.